Why i do not get pregnant? causes of Infertility 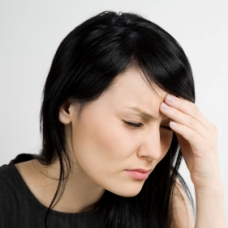 Infertility in women can be broken down into several categories and such include; Cervical problems, Ovulatory problems, Uterine problems, and Pelvic/ tubal factors. Often times a combination of these factors can lead to a woman not getting pregnant. In dealing with fertility problems , one has to treat the root cause of such problems according to their individual symptoms.

Causes of Infertility – Why you do not get pregnant

Ovulation problems are some of the leading causes of infertility. Ovulation becomes a complex situation and problems might arises as a result of hormonal changes alongside some physical factors which might aggravate your chances of not getting pregnant. Women do ovulate effectively especially between their teenage years and late twenties, however by the age of 35 and beyond, most women often experience a drastic drop in their rate of ovulation.

When ovulation results in infertility, there are some factors that can contribute to such and such include; Some abnormality in the functioning of the Thyroid gland, the excessive production of the male hormones- androgen, Excessive production of prolactin which is an hormone in the female body that stimulates milk production, Physical and psychological stress alongside negative lifestyle practices.

Cervical infertility occur as a result of the inability of the sperm of the male to pass through the mouth of the uterus, as a result of a serious damage that has occurred to the cervix. One of the main causes of cervical infertility is the insufficient production of cervical mucus. Other factors that may result in this form of infertility include; Stenosis{ inadequate narrowing of the cervix passage way}, the infection of the cervix through some sexually transmitted infections, and then an immune attack on the sperm{ this is also known as sperm allergy} in women.

Pelvic related infertility often arises from several infections to the Pelvic region of the woman. Pelvic infertility can also result from a number of factors and that include; Endometriosis, formation of scar tissues or adhesions, Blocked fallopian tube, and the fibroid or the growth of tumours in the pelvic region. The uterine causes of infertility can occur as a result of thin or abdominal uterine lining, and a woman’s anatomic problems. Some other factors such as failure in the implantation of the embryo in the uterus, and the failure of the sperm in fertilizing the eggs released by the woman and failure of the fallopian tube in its egg not being picked are some of such factors.

Filed Under: Causes of Infertility